The Jingju Theatre Company of Beijing

The Jingju Theatre Company of Beijing is a national key Jingju company with a large scale and an accumulation of art unseen elsewhere. It was founded in 1979 on the basis of merging the Jingju troupes of Beijing – the origin of Jingju – and the troupes of other schools of opera. Currently, it consists of three troupes, a training center, a stage art center, Du Zhenjie Studio and Zhang Huifang Studio.

The elderly generation of artists represented by Mei Lanfang, Shang Xiaoyun, Cheng Yanqiu, Xun Huisheng, Ma Lianliang, Tan Fuying, Zhang Junqiu, Qiu Shengrong and Zhao Yanxia, as the founders of the Jingju Theatre Company of Beijing, have left behind precious artistic and spiritual heritage. Their stage performance, achievements and styles have become distinctive signatures and the sources of artistic inspiration for the Company.

Over the past decades, the Jingju Theatre of Beijing Company has staged and created hundreds of Peking Operas, including the traditional, modern, newly-crafted, and small theatre ones.

The classic repertoire includes over 200 plays, such as Harmony Through a Royal Marriage, Silang Visiting His Mother, The Chinese Orphan, Mu Guiying Taking Command, Red-mane Savage Horse, The Female Generals of the Yang Family, Guarding the Nation, Visiting the Royal Tomb and Entering the Palace for the Second Time, An Embroidered Treasure Pouch, Gathering of Heroes, Borrowing East Wind, The Pearl Shirt, Stepmother Admonishes the Son, Lü Bu and Diaochan, Pearl-curtain Village, Jin Yunu, The White Snake Legend, Yu Tang Chun, Qin Xianglian and Ten Figures against Lv Zhi. Modern Jingju include Shajia River, Azalea Mountain, The Legend of the Red Lantern, Taking Tiger Mountain by Strategy, The Song Sisters, Mei Lanfang, Above the Cloud, Qiu Shengrong and The Daughter of the Party.

The Jingju Theatre of Beijing Company has taken the lead in turning out small theatre plays. It has launched 10-plus small theatre plays that win wide acclaim among the opera community as well as the audience, like A Foregone Marriage, Three Sinners, Story of the Jade Hairpin, Six Records of a Floating Life, The Salvation of the King Zhao of Chu, Xijiao, Jade Grinding Guanyin, Srping Banquet,Something about the Ming Dynasty:Interrogating the Head and Assassinating Tang Qin and Wu Qi. The Jingju Theatre Company of Beijing has fetched many awards of art for creation and performance of its repertoire:

The Add the Finishing Touch has won an award from Bejing municipal government, the first prize of Beijing new play performance, and the first Wenhua Award from the Ministry of Culture.

The Appointment of Prime Minister won the new play performance award during 1991-1993.

The Holy Mind of Kong Fansen won the sixth edition of Wenhua New Play Award and was recognized as an outstanding entry in the Ten-One-Campaign of Clean Government Building by the Publicity Department of the CPC Beijing Municipal Committee.

The Vicissitudes of Tongrentang won the Second Gold Award of Chinese Jingju Art, Beijing Outstanding New Play Award, Recognition as an Entry into the Third Edition of the Awarding Event for the Ten-One Campaign of Clean Government Building (a part of the Beijing municipal endeavor to advance cultural and ethical progress), Recognition as an Entry into the Seventh Edition of the Five-One Project Awarding Event, the second edition of Beijing Municipal Literature and Art Award, and the ninth edition of Wenhua New Play Award. The Romance of the Western Chamber won Beijing Municipal New Play Award.

The Prime Minister Liu won the Award of the Sixth China Art Festival, the Second Edition of Beijing Municipal Literature Award, the Recognition as an Entry into the Eighth Edition of the Five-One Project Awarding Event, and Recognition as an Entry into the Fourth Edition of the Awarding Event for the Beijing Municipal Ten-One Campaign of Clean Government Building, the Nomination Award in China Top Ten Plays Awarding Event, the 10th edition of Wenhua New Play Award, the second edition of Lao She Literary Award, the Excellent Drama Script Award, and the Top Ten Selected Plays Award in the National Choice Stage Art Project for 2002-2003.

The Goddess of the Luo River won the Gold Award at the Third Chinese Jingju Festival.

The Unusual Meeting won the Gold Award for Good Playlet on Combat against SARS in the 11th Chinese Population Culture Award (Donghua Cup).

The Exceptional Family won the Special Award for Good Playlet on Combat against SARS in the 11th Chinese Population Culture Award (Donghua Cup).

The To Lucheng won the first prize for good play performance in the Fifth Chinese Jingju Festival, the sixth edition of Beijing Municipal Literature and Arts Award, and the 13th edition of Wenhua Good Play Award.

The Six Records of a Floating Life won the third edition of Chinese Drama Award for Good Play in the 11th Chinese Drama Festival.

The Qu Yuan was selected into the Seventh China Jingju Festival.

The Zhengkaofu was played at the 18th China Shanghai International Arts Festival upon invitation.

The Jingju Theatre Company of Beijing, carrying forward its fine tradition and committed to embracing a bright future, endeavors to build a world famous theatre. To realize this vision, the Company, holds the art and artists in high regard when conducting management, operation and personnel training, and stores tremendous potential for the development of Jingju.

The Company seeks to adopt a management mode that most stimulates the enthusiasm of all the performers and conforms to the law of art production. Over recent years, the Company has adjusted the system on production and operation responsibility, and practices a project-based system to manage the commercial performance, art production, regular work and relevant support work. Such a management mode featuring a clear-cut division of responsibilities and strict procedures proves very effective in enhancing work efficiency.

Following the strategy of building a brand repertoire and launching brand activities, the Company has organized such brand name activities as the Singing Tour, Heritage Tour, Growth Tour, Weekly Star, Tournee Marking the 120th Birthday of Mei Lanfang, Charming Spring, Quest of the Dream & Inheritance of the Fine Tradition, which have generated remarkable economic and social benefits and thus cemented the brand image of the Company.

The company provides the personnel at all levels with opportunities for career development and talent demonstration. For example, the Company designs new plays for the big-name performers and organizes activities to expand their influence; provides the middle-aged performers with an even broader platform of talent show; and offers leading young performers more opportunities for study, creation and performance. The annual Young Performers’ Knockout Competition and Young Performers Contest are the very stages which stimulate the young performers to pursue professional progress. All these are intended to spur the performers of different age groups on to seek common progress by learning from each other. As thus, the Company enjoys growing social impact.

The Jingju Theatre Company of Beijing has taken the Jingju representative of Chinese culture to numerous foreign destinations and has evoked a boom of Jingju and a craze for Chinese culture wherever it lands. In this way, the seeds of traditional Chinese culture are sprinkled around the world. Actually the Company has travelled to dozens of countries and regions in the world, including the United States, Russia, the United Kingdom, France, Australia, Chile, Morocco, Germany, Singapore, Italy, Finland, Brazil, Hungary, Japan, the Netherlands, Switzerland, Austria, Luxembourg, Vietnam, Norway, South Africa, Mauritius, The United Arab Emirates, Hong Kong, Macao and Taiwan. Over recent years, the Company has, upon invitation, staged shows in prestigious art centers like the Lincoln Center and the Kennedy Center of the United States and Marinsky Theatre in St. Petersburg, lending the audience from around the world a taste of the charm of Jingju. 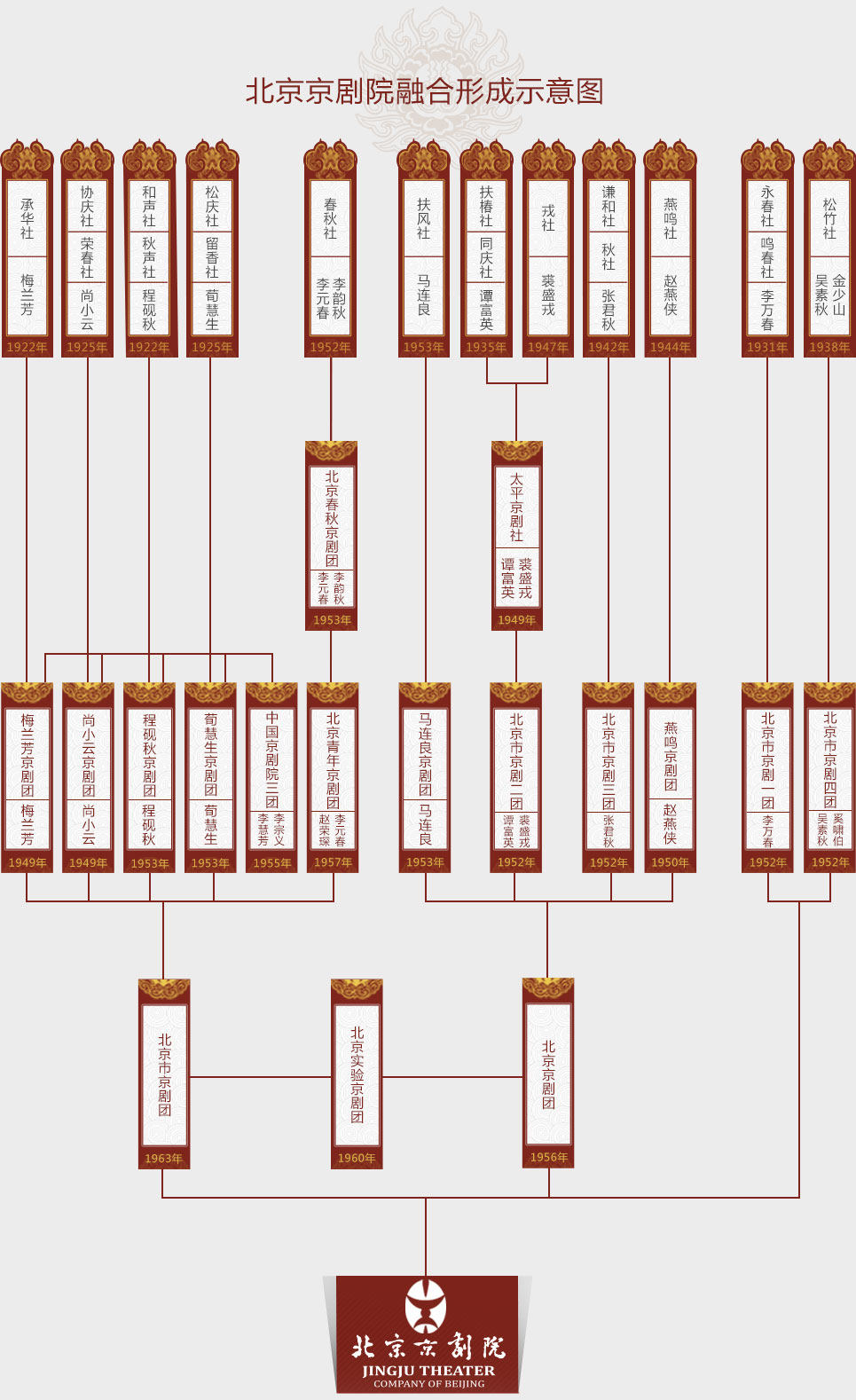 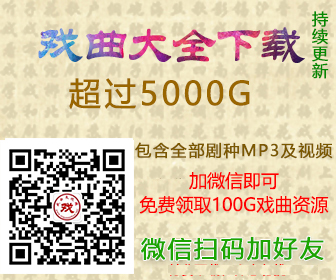 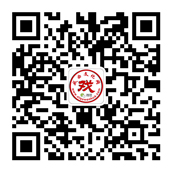